“Gorgeous song, 10 out of 10.”
“A favourite of this show.”
“The classic ‘Rainy Night Sunday.”
“Any fan of the Blue Nile would do well to check out christopher rye.”
– Tom Robinson, BBC6music

As featured on BBC 6Music, BBC Introducing, local radio, Latest TV, and Radio 1. christopher rye is a singer, songwriter, guitarist, and multi-instrumentalist, and a producer working with up-and-coming acts in Brighton, UK, at his new studio, The Disreputable Gentleman’s Club.

He makes music for outsiders – for people in the shadows – and his wide-screen songs are located in a moonlit urban landscape where London, New York, and Tokyo nightlife meet.

He was mentor to singer/songwriter Marie White (who has played at Glastonbury and signed a major deal), via DV8 Sussex.

On BBC6Music, Tom Robinson described ‘Rainy Night Sunday’ as “a classic” and “a favourite of this show”, giving it 10 out of 10. He had high praise for ‘Big Sky! Keep Turning’, too. christopher’s ‘I Tell the Moon’ also received national airplay, while Radio 1 played a clip from a rye show in London.

In 2017, christopher’s ‘Beat-up Car’ was selected as BBC Introducing’s track of the day. Also in 2017, the video for christopher rye’s ‘Splinter Cell’ received a month of rotation on the Latest TV channel, and ‘Et tu, Babe?’ was featured on Brighton’s Radio Reverb.

In 2021, christopher’s single ‘I Am Other’ made it onto the shortlist of best new releases in the week before Christmas on Tom Robinson’s FreshOnTheNet website, with 20 percent of listeners choosing it as one of their top five favourite new tracks – including Tom himself. The track has also received airplay in 2022.

Over the years, christopher has written and recorded the music for a number of movies, including a US-award-winning short and a film for Channel 4, and for several videos, including (when he was much younger) for the Millennium Dome. One of his tracks was acquired by a major car manufacturer for a US East Coast advertising campaign.

• For enquiries about sync rights, please use the Contact christopher page. 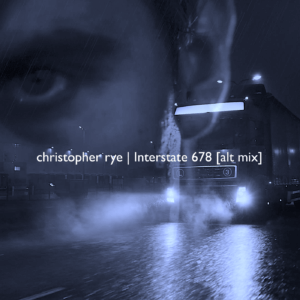 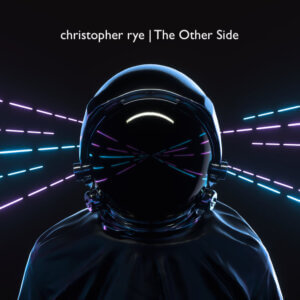